Duane Hund has seen the ups and downs of agriculture. In 1985, the Paxico, Kansas, farmer was hired to help farmers facing mediation during the Farm Crisis, which wiped out a generation of young farmers. In 2008, he witnessed the explosive run-up of grain prices. Farm profitability peaked by 2013, and 2016 was the third consecutive year of double-digit declines. 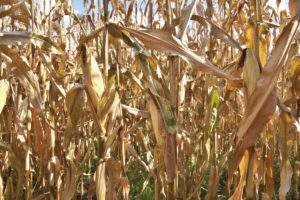 Hund, a farm analyst with Kansas Ag Mediation Services, opened his 2016 annual meeting with Kansas State University ag production majors who intend to return to the farm by asking one question: “Are you nuts?”

However, he quickly reassured the students, “It’s challenging now, but this could be an opportune time, if asset and machinery values, cash rents, and inputs decline to a reasonable level. Land is coming up for rent, and I’ve been getting calls from young people who tell me, ‘Dad says he’s ready to retire and turn it over.’ ”

Growing the next generation of farmers is vital to the future of agriculture. One third of primary operators are age 65 and older. They manage one third of all farmland. Fewer than half of farmers who plan to retire in the next five years have designated a successor.

Based on current costs of production, 2016 University of Illinois budgets show that revenues will provide a return to land, but profits won’t fully cover the costs of average cash rent. This shortfall discourages young farmers in particular, since they tend to rent a larger proportion of acres.

Hund helps families analyze their operations by using Finpack’s Financial Long Range Budget as a road map. “It’s important to build a business plan that works on paper, analyzes different strategies and breakevens, and grows the younger generation’s equity without depending solely on debt,” he says.

“When multiple families are involved, it’s also important to have realistic economic expectations,” he says. “When they come to the table, the financial pie often isn’t big enough to provide the standard of living everybody hopes to achieve.”

A solid business plan isn’t the only obstacle. “A lot of farmers don’t communicate well, especially about long-term planning and farm transfer,” he says. “I often see a tug of war after succession because they didn’t talk about who is going to do what, and how it will change over time.”

“We pose six yes or no questions that we call critical success factors,” says Dave Baker, ISU farm transition specialist. “We often can read the nonverbal signs that indicate potential sources of conflict in their answers.”

“Over the years, we’ve had programs where farmers talk about a plan, but they are never held to account for implementing it,” says Nate Franzen, agribusiness division manager. “This service helps them walk through each step.”

During the early stages of succession, the analysis of income-stream strategies is a priority. Carol and Randy Miller, Ankeny, Iowa, use an Iowa Beginning  Farmer Tax Credit (iowafinanceauthority.gov) to lease land on a crop-share basis to their son, Dennis, 26. “It’s available to asset owners who lease land or ag assets to beginners,” Carol says. Dennis also works off-farm part time. A similar beginner tax credit program is available in Nebraska (nextgen.nebraska.gov).

Northwood, Iowa, cattle producer Al Johnson has partnered with seven young producers to help build their cowherds. Only one, grandson Brent Keene, is related to him. The younger producers define their production costs and labor, add heifers to replace cull cows, and share in profits according to their contributions.

“It allows seven different families to get a foothold, without putting up a lot of money up front,” says Johnson. “It saves me the labor of calving in the dead of winter, and winds down my cowherd inventory.”

Hund recently helped a family switch to a new crop. “Their wheat budgets were negative,” he says. “The son and his dad were ready to do battle on what to do about it. We took a look, and decided sunflowers would be more positive.”

Farm succession is a process that’s measured in multiple years.

“It’s wise to take it slow,” Hund advises. “Work together for two or three years, and study your options.”

Many successions fail because the owning generation fails to pass on management skills. “I often tell farmers that the key to a successful transition and their retirement security is how well they’ve trained their successors,” Hund says.

The slight uptick of beginning farmers between 2007 and 2012 was encouraging, and Hund would like to see the momentum continue, despite the current down cycle.

“Timing is everything,” he says. “Beginning farmers won’t get the same jump start as in 2006. It’ll take longer. They’ll have to be more patient.”

3. Penciling out value-added services. “My advice is to move slowly with custom farming,” Hund says. “Using Finpack, I often see that custom rates don’t cover the true costs of the equipment. Custom baling rates may cover insurance and net wrap, but it doesn’t cover the fixed costs.”

4. Renting family land. “Parents can lease machinery and equipment to the younger generation to farm it,” Hund says. “Rented land wouldn’t be turned over until the younger heirs prove themselves to landlords.”

5. Buying family land on time. If the land is owned free and clear, it can be sold on contract with payments set at comparable cash rent rates. “Parents can put the money in off-farm investments to build the nonfarm heirs’ inheritance,” he says.

6. Building a cowherd over time. The owning and successor generations define their production costs and labor, and share in profits according to their contributions. The successor adds heifers to replace cull cows. “The younger generation doesn’t make as much during this time, but the cowherd could be paid for in seven years,” Hund says.